3 Essential Tips for Cooking with a Convection Oven

3 Essential Tips for Cooking with a Convection Oven

Cooking with a convection oven is revolutionary for someone who has only experienced a regular oven. Whether you’re looking to roast or bake, convection cooking will reshape your culinary experience once you know how to do it right.

Cooking with a Convection Oven – How to Do It Right

What are convection ovens anyway? Let’s take a closer look at why these models have become so popular.

What Are Convection Ovens?

Convection ovens are unique because they have fans in the rear of the oven. These fans circulate the hot air around the food during the cooking process. This creates an environment that is highly efficient, eliminates “hot spots,” and reduces cooking times.

Conversely, a conventional oven has hot, still air that surrounds the food but doesn’t circulate. This creates uneven temperatures within the oven and makes it difficult to cook multiple dishes at once. 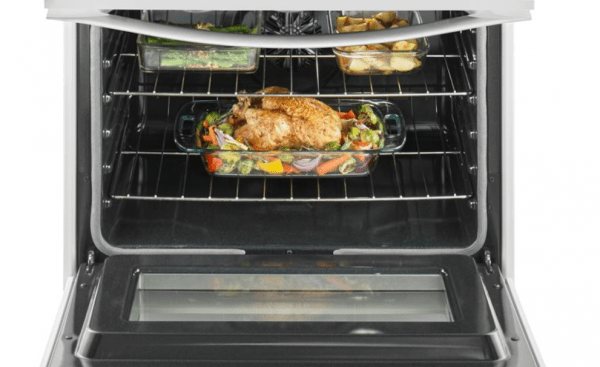 A key difference to keep in mind with these models is that the convection oven cooking times are shorter. Since the air is circulating around the food, there is more energy produced within the oven. For this reason, cooking foods at a lower temperature is recommended. Foods cook faster, more evenly, and come out beautifully.

Use this cooking time conversion calculator to adjust your current conventional oven recipes for use in a convection oven.

What Are Convection Ovens Best For?

So what are the best foods to cook with a convection oven? Cooking with a convection oven is ideal for roasting meats, vegetables, and for cooking multiple dishes at once. (Think: holiday dinners!) Even large cuts of meat brown nicely while staying tender and moist inside. And since the air is already circulating, it doesn’t matter where you put the dishes, nor do you need to rotate them during cooking. 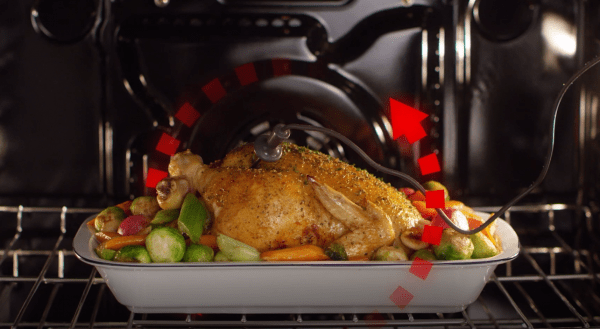 When choosing between convection or conventional oven for baking cakes, a regular oven is your best bet. Conventional ovens allow more rise time and won’t dry out the cake with the moving air.

If you’re looking for oven repair Mitchell to service your conventional or convection oven, contact A+ Appliance to schedule a visit from our technician. For information on other topics of interest, visit these helpful blogs:

Darryl purchased A+ Appliance in 2009 after apprenticing with Waglers Appliance and learning the trade. He has grown and improved the company's services over the years and continues to provide A+ service to Stratford and surrounding areas.

Why is My Whirlpool Electric Oven Not Baking Evenly?

Is it Safe to Self Clean an Oven?

Most Common Oven Repairs & How to Avoid Them this Fall!